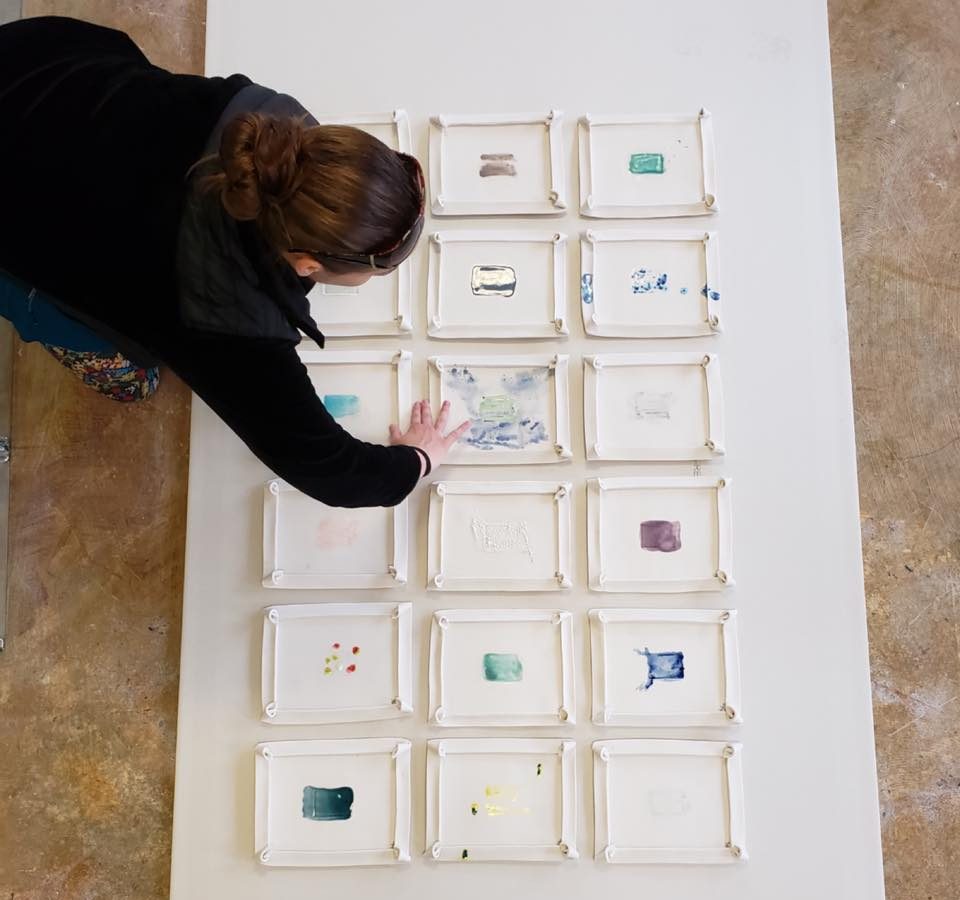 Deb Paradise’s artwork has always been about bringing “Beauty” into the world. In fact, her philosophy has been to use art as a way to help enlighten others so that they can express their beauty inwardly and outwardly. She also believes art is a powerful tool for impacting the viewer intends that her artwork be uplifting and healing for everyone.

Bringing Beauty and Healing to the World

When she first began working with clay, Deb went the traditional route by showing her work in festivals and shows, but soon found that the traditional way of doing things was not something she wanted to continue to pursue. “I had a moment where it became very clear to me that I wanted to create art and sculptural pieces that would hang on the wall for everyone to enjoy. So I began seeking and finding clients who wanted to hire or commission me to create a specific art piece for their home or workspace,” said Deb Paradise, owner and founder of Paradise Creative Expressions.

Since discovering this about herself, she has never looked back and has continued forging her path in the world of commercial art.  Deb now is a well-sought after artist commissioned to produce works of art for corporations, individuals and hotels and resorts worldwide. Deb’s work can be found all over the world, from Dubai to Cairo. And in the United States from North Carolina’s Duke University, JB Duke Hotel to Alabama’s new Gulf State Lodge in Orange Beach. One such commission for The Fountain View Hotel in Dubai was commissioned for the Majlis. The piece, entitled “Whisper” was large and had to be made in 3 panels but appear seamless upon installation. This type of problem-solving is a common challenge when working with designers.

One of her most satisfying commissioned pieces was for a man who wanted to do something special for his wife as they moved into a home that the two designed together. Deb met and spoke to him about his wife and what he wanted to do with the artwork. After their conversation, they agreed on the creation of three serving pieces because his wife loves to entertain. He also wanted the artwork to be unique and special to the family so they decided to incorporate the name of the street within the pieces. Deb created functional pieces, two bowls and a platter, each of which could be handed down generation after generation.

“I had fun going back to my roots on these pieces and he was so excited, enthusiastic and grateful. My heart was so full when I delivered them to him, and they were a big hit with his wife,” Deb added.

Another extraordinary opportunity for Deb was being chosen to commission pieces of art for Alabama’s newly renovated Gulf State Lodge, a Hilton property in Orange Beach, Alabama. “The opportunity arose because of a client I had been working with for a long time. She had the contract to provide the artwork for the Lodge. They contacted me and I created two pieces that are hanging in the pre-function area of the Lodge. I also was asked to recommend other Alabama artists to create work for them, and I happily recommended several,” said Deb. She went on to say that it was the best feeling to have her art hanging in a property in her home state.

Artists on the Plaza

Most days Deb can be found working in her studio at Shades Mountain Plaza West in Bluff Park, Hoover. She is involved with several artists, in a group called Artists On the Plaza. They came together and formed a collective after Hoover’s Board of Education took over their spaces at the former Bluff Park Elementary School (Artists On The Bluff). Many artists landed in spaces at Shades Mountain Plaza and now they have come together collectively for events throughout the year. One such event is the Holiday Open House on Dec. 14 and 15 from 1-5pm.

Deb hosts craft nights throughout the year where artists come together for fellowship. They bring their own craft and learn techniques from each other. One of her goals for 2020 is to partner with a gallery or work with local designers in the Birmingham, Alabama area, however, for now, her work can be viewed on her website, www.paradisecreativeexpressions.com.