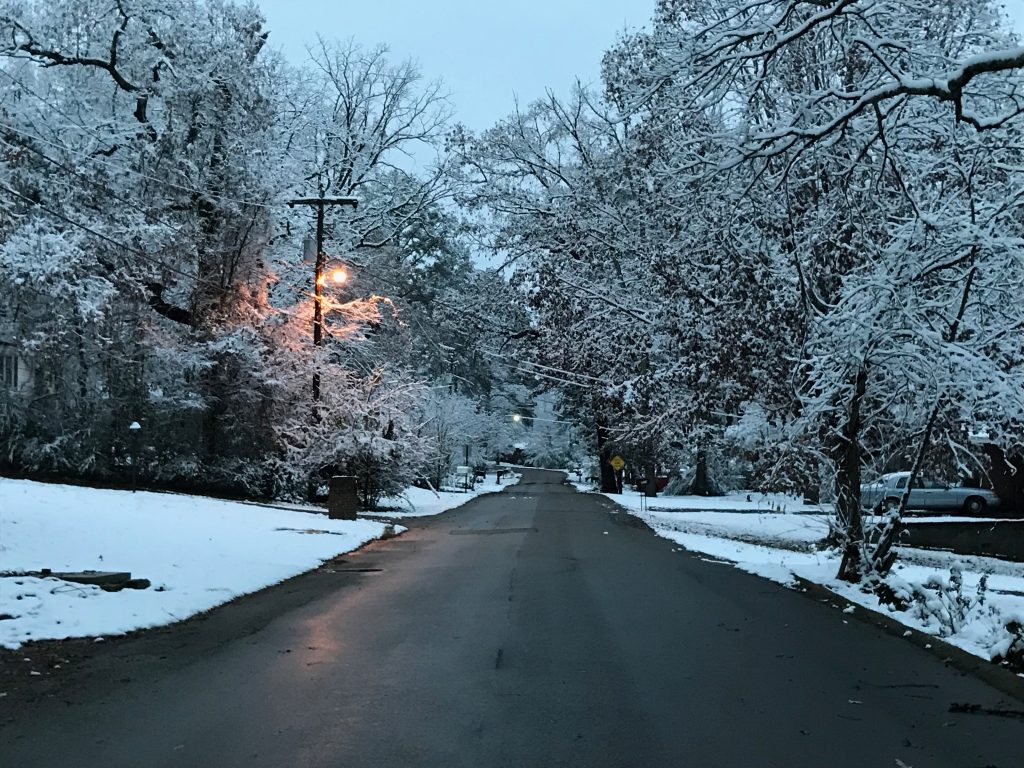 Last Friday was probably one of the most quiet and peaceful day I’ve had in a while. The hustle and bustle of life sometimes gets to me, and probably you too.  Local weather forecasts called for a dusting of snow, which I thought was a pretty remarkable prediction for Birmingham for an early December day. 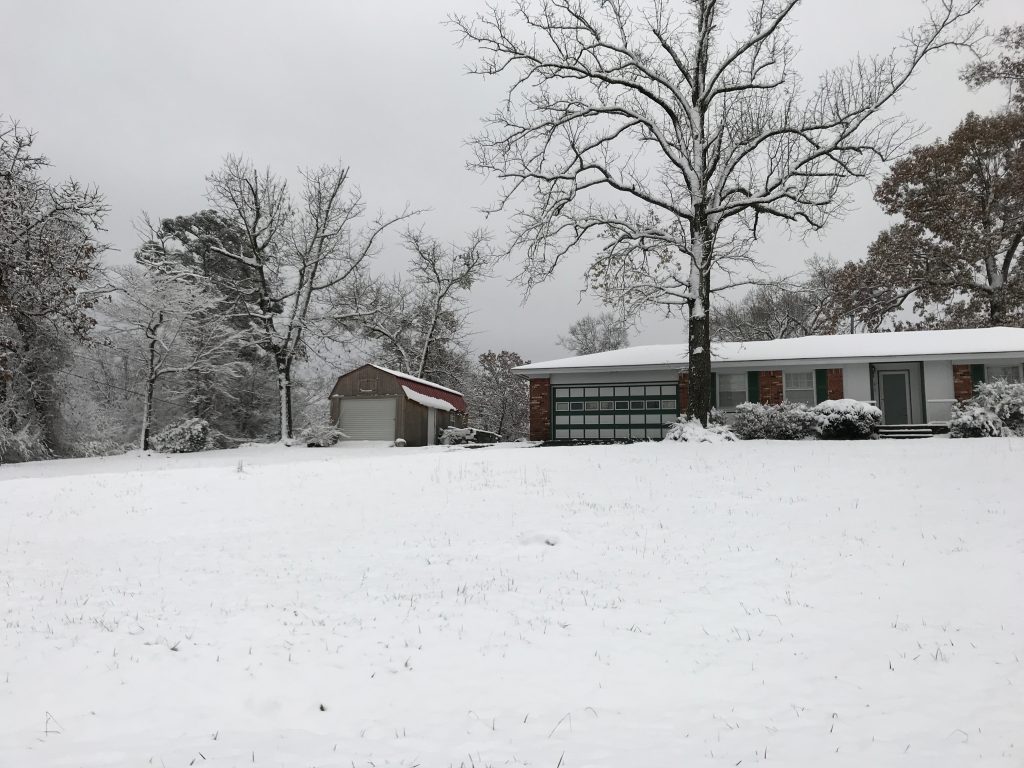 Once that word uttered mass hysteria usually follows because people in the South rush to the grocery stores to clear the shelves of bread and milk. Literally.  The schools also close or delay their opening.  Last Thursday night, the school system decided to delay school for  two hours.  I brushed it off because I really didn’t expect anything really to happen. 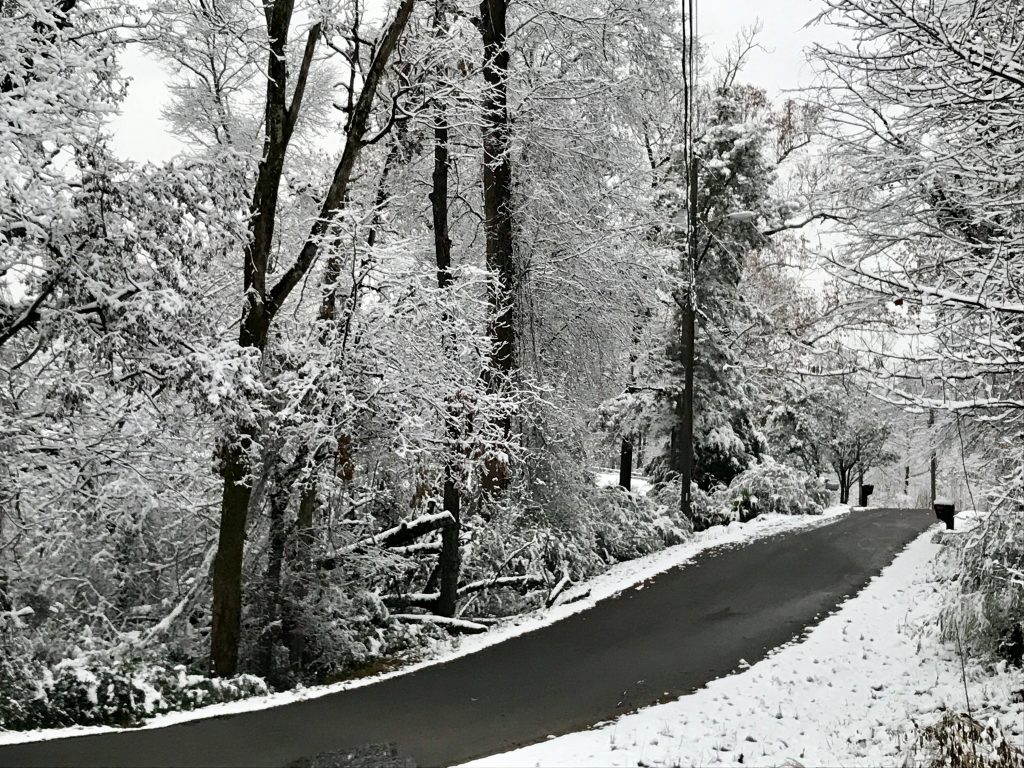 By the time I woke up Friday morning, the dusting as they called it had begun.  As the morning moved on, the snow kept falling.  All of a sudden our dusting turned into four inches. 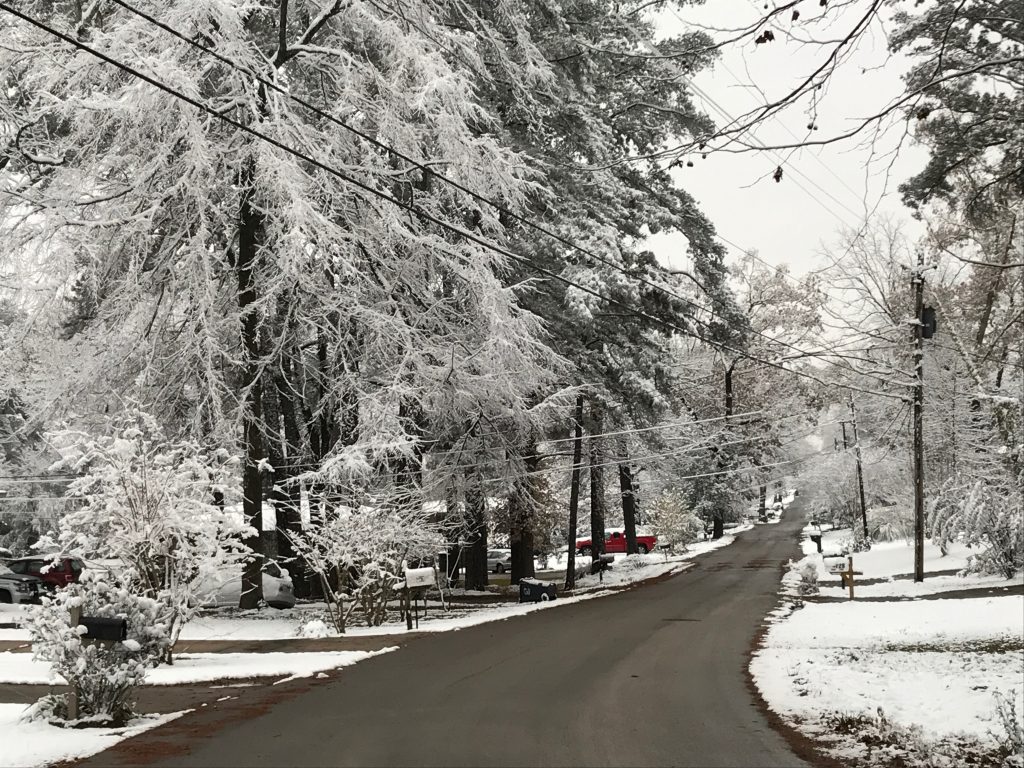 A number of people I know don’t like the snow, or they moved South to avoid the snow.  I personally love it.  It is one of the things I miss since moving home from Washington, DC.  I love the quiet,  peaceful sound a fresh fallen snow casts over a city.  Here, when it snows, there is hardly any noise from the cars on the roads because our cars are not equipped for us to drive in ice and snow. Most people stay put in their homes. 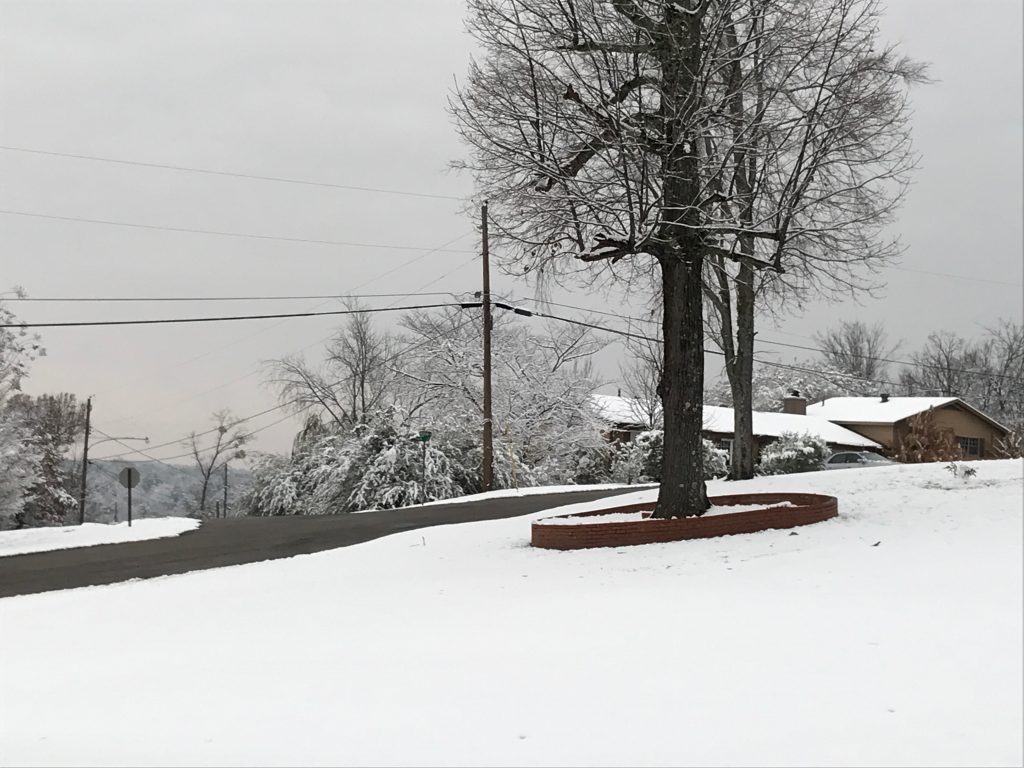 There were the sounds of laughter from the children in my neighborhood who were playing in the snow, building snowmen and throwing snowballs.  I took a walk around the neighborhood late in the day to snap photos of the winter wonderland that blanketed our city a few hours earlier.   The snow made the air colder, but I didn’t mind. 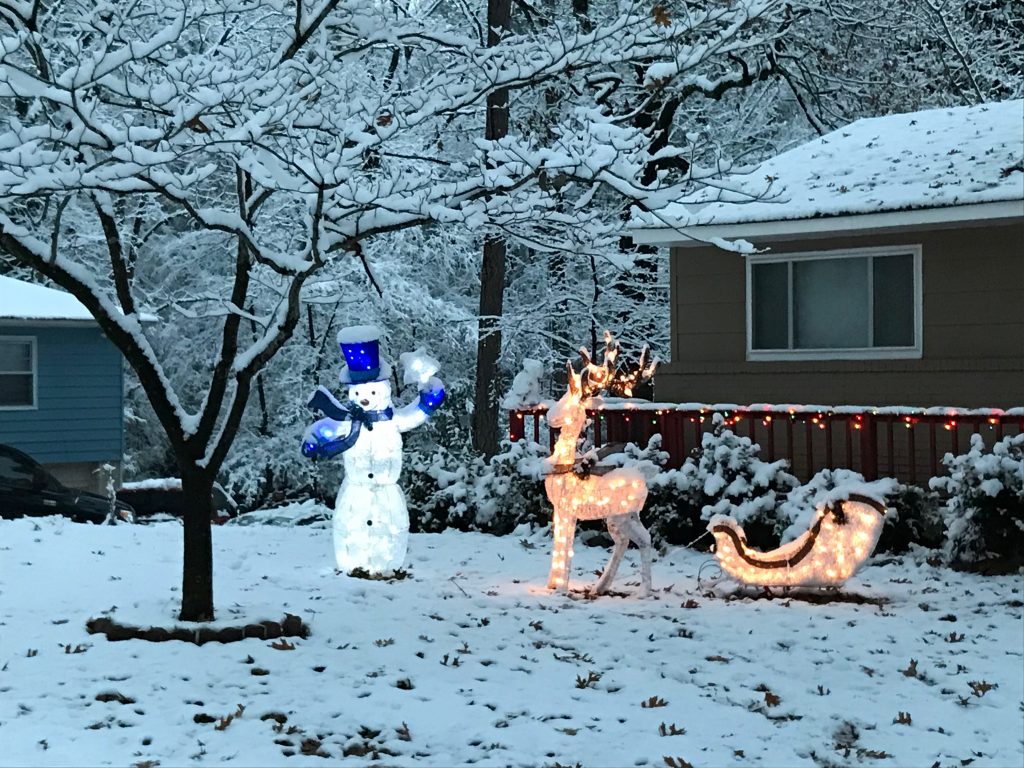 I wanted to take it all in because, unlike the other more colder regions in the country, our snowfall  melts as quickly as it arrives.  As I walked the neighborhood a neighbor’s dog ran out to greet me, the little boy who ran after the dog asked me ‘why are you walking in the cold anyway?’ I told him because I wanted to enjoy the snow.  And I did as long as it lasted.