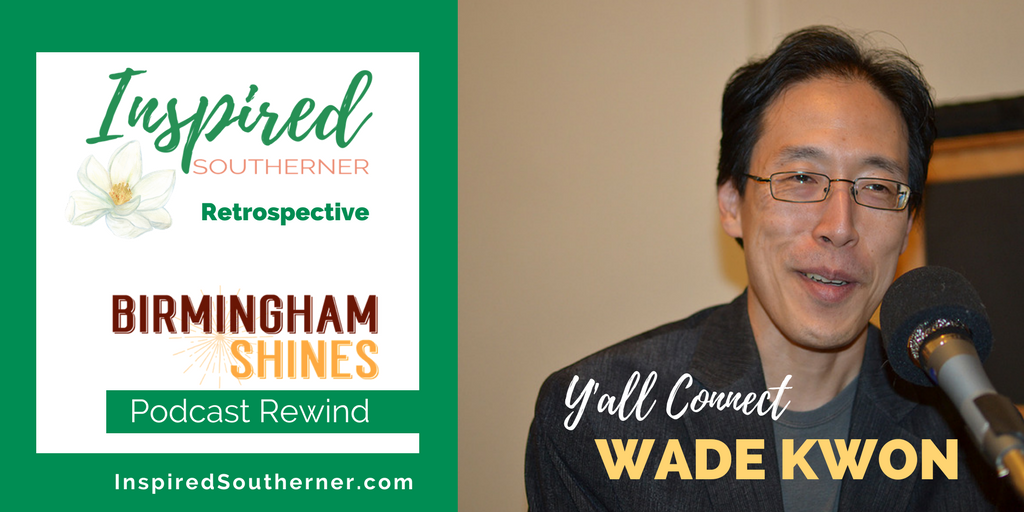 In installment 2 of the Birmingham Shines retrospective series, we bring you the first “guest” episode of Birmingham Shines featuring Wade Kwon, a communications consultant, award winning blogger and speaker at Birmingham Blogging Academy, and founder of Y’all Connect, a digital marketing conference in Birmingham.

By the way, y’all….The 2017 edition of Y’all Connect takes place at Rosewood Hall on August 11, 2017. Sending great wishes to everyone attending this year!

A few of the people, places and things mentioned in this episode: 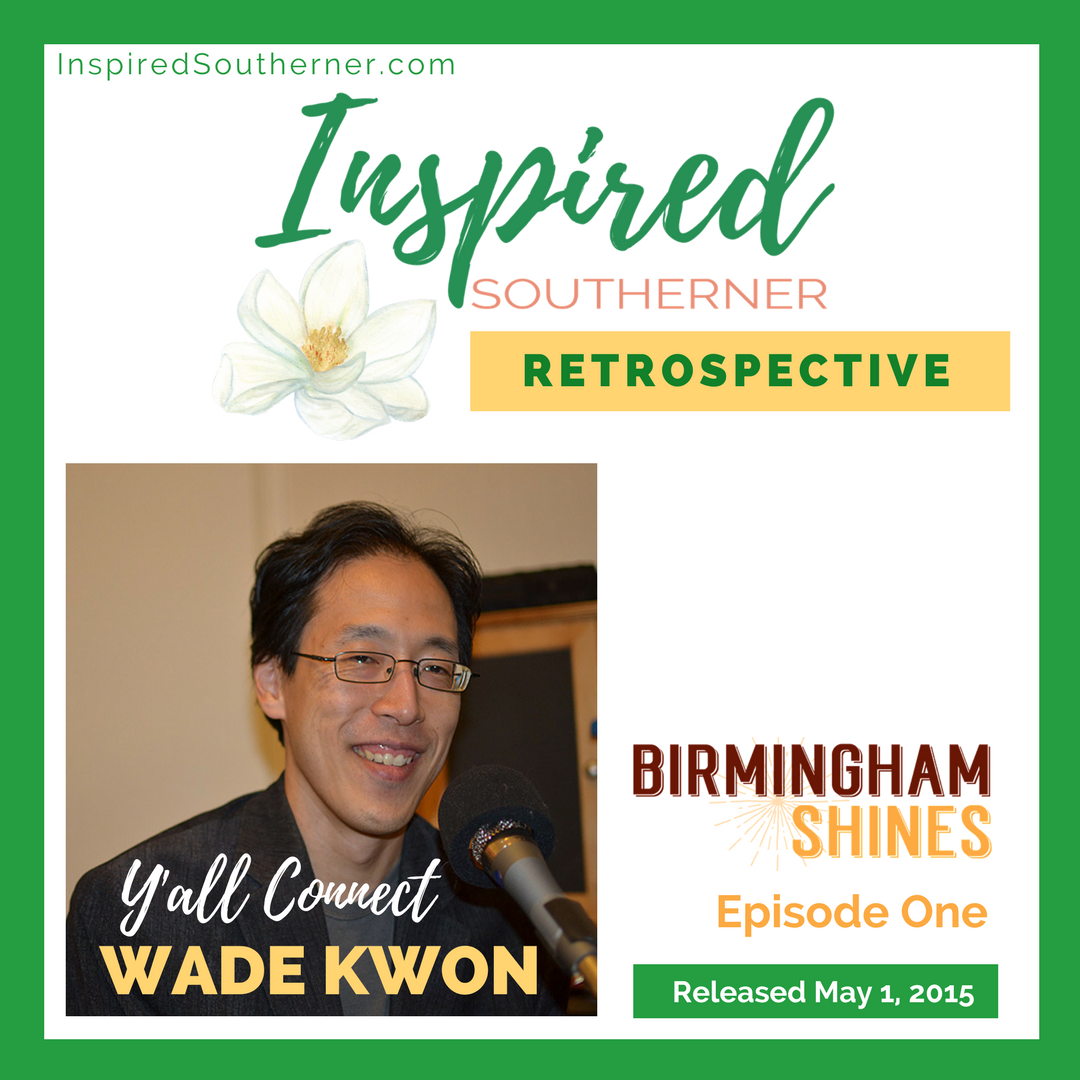 The Birmingham Shines podcast was officially launched by Sheree Martin May 1, 2015, but the preview episode explaining the genesis of the podcast was released the night before (April 30, 2015).

We thought it would be fun to re-publish the episodes and portions of the show notes here to spotlight some of the Inspired Southerners in Birmingham who have been guests on the podcast.

In this installment, we bring you the preview episode, which explains the origins of Birmingham Shines and Sheree’s love for podcasts and audio content. 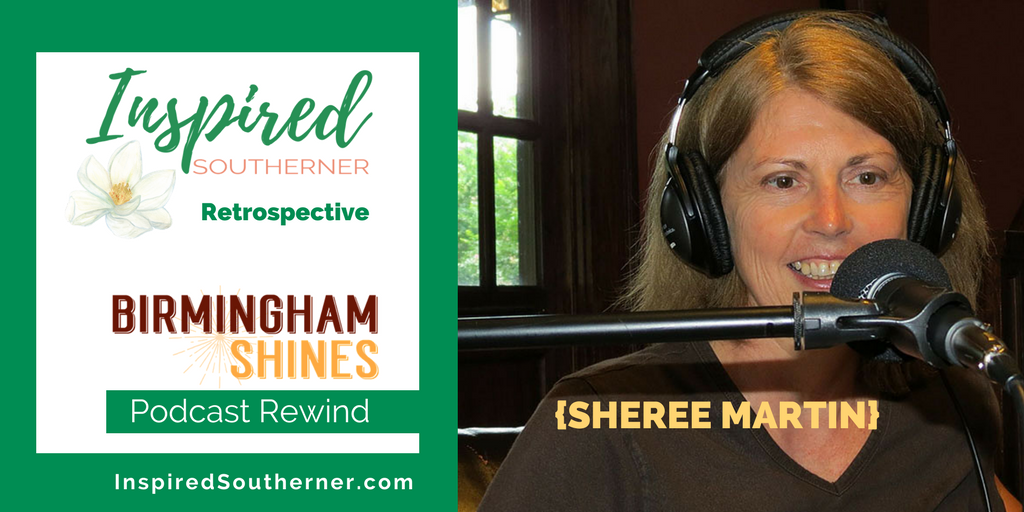 Birmingham Shines is one of 4 podcasts hosted and produced (so far) by Sheree Martin, a Birmingham-based entrepreneur, lawyer and writer. All 4 podcasts are published through iTunes (with media files hosted on Libsyn) and should be findable through just about any podcast app you might use. You can also download directly via the media player above, for offline listening. Choose the square icon with arrow pointing down to download to your computer. 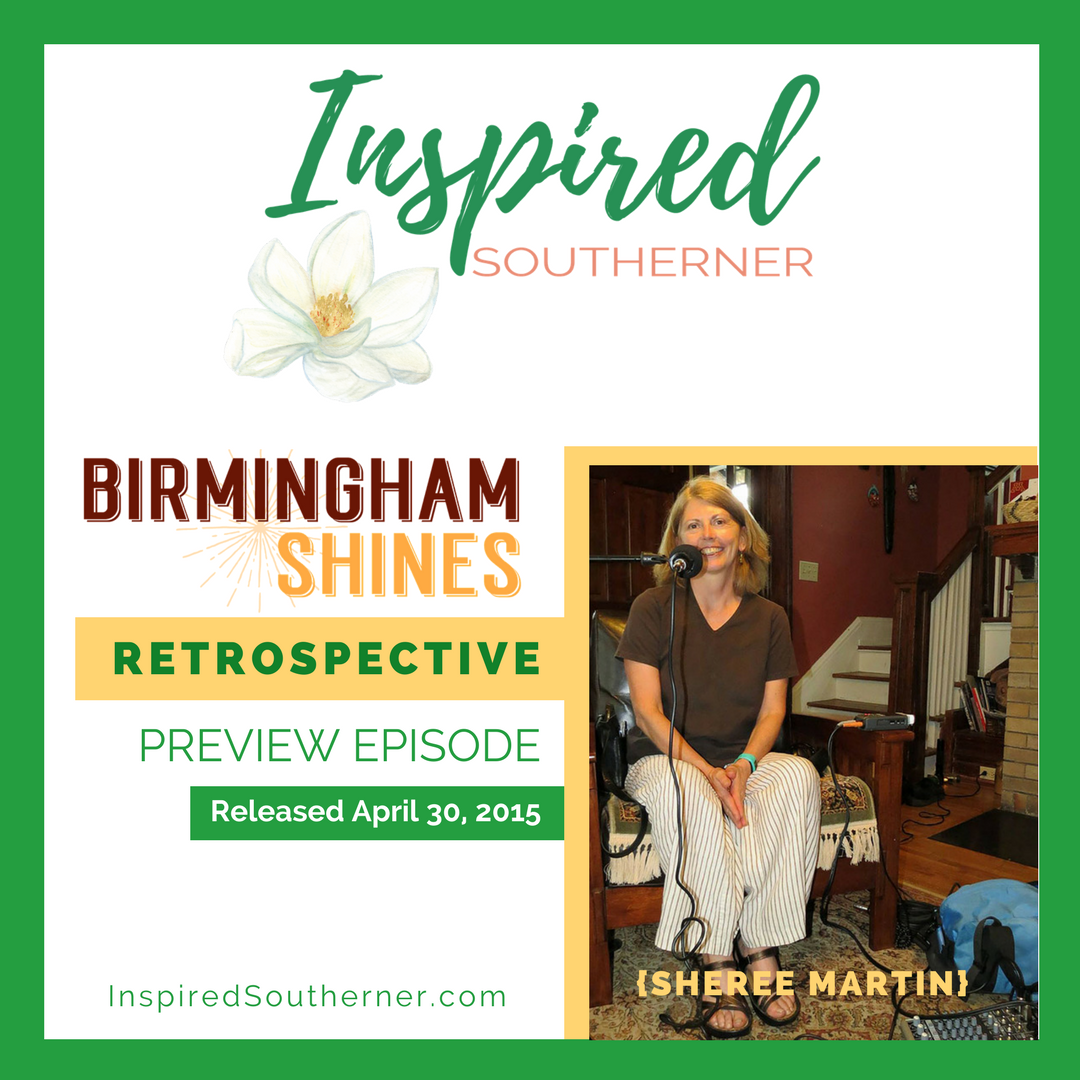