Southern music has a unique flavor. Whatever the dominant genre, you'll likely find hints of soulful blues, Appalachian folk, and gospel blended together on the canvas of a front porch or juke joint where friends gather for good times, good food and tall tales.

Sit back, pour up a glass of sweet tea (or your beverage of choice) and enjoy! 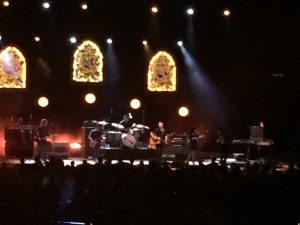 Alabama is filled with rich music history that is rooted in almost in every corner of the state.  The town Muscle Shoals is known for its the rich musical history to most of the local people in the area, but few people across the state or nation knew about or fully understood how the area impacted the industry until the documentary Muscle Shoals was released. Now people are flocking to the area to see for themselves what the buzz is about.   The film tells the story of the music industry in the quad city area of Northwest Alabama; if you haven’t seen it, rent it.   It’s really, really good.  There are so many great musicians from that area. In fact, some of my good friends are musicians who live and perform there.  I have a strong appreciation for the music and sound of the Shoals area. My appreciation came about accidentally really and happened because of my being asked to speak on public relations at a State conference in Orange Beach, Alabama in 1994.

That was the year I met my friend Eddie Martin. Eddie was tasked with introducing me at this conference.   After the session, he and I were cleaning up the room, and I asked him “so what is it that you really do?” He laughed, and finally said to me “I am a singer-songwriter from the Shoals area.” You will have to ask him about how he got into the music industry, however, since meeting at that conference, I have worked with Eddie on the promotion of several music projects. Those projects have included his solo projects as well as projects with musicians he produced. A few years ago Eddie formed the band The Wildwood Ruminators, a group I would classify as Americana and a group who writes, produces and sings original songs.  I have followed the progress of the Ruminators as they are called and I would highly recommend your listening to their music and catching them in concert. All of the members of the band are multi-talented musicians and songwriters.

Through my work with Eddie I also have had the opportunity to meet a number of wonderful musicians and attend musical events and performances that I never in my wildest dreams I thought I would, if you had asked me before 1994.

I am not going to drop names at this point because, for me, that’s not who I am or what this piece is about. What this is about is my appreciation for the musical talent in this state and how excited I am to talk about it with anyone who will listen.

With that in mind, last night, I had the opportunity to hear another one of Alabama’s talented musicians, Jason Isbell (even though I realize he now lives in Nashville). Jason is from Green Hill, Alabama a small town in the Shoals area. I have learned through articles and news segments about Jason that he has had to overcome addiction to get where he is today.   In fact, in the recent CBS Sunday Morning segment that featured him he talks about being fired from the Drive By Truckers because of his addiction.

Last night’s concert did not disappoint.  One of the best moments of the concert in my opinion was when Jason sang the song Cover Me Up, which he wrote for his now wife, Amanda Shires.  Amanda plays fiddle with band.  I thought the performance was very special because the song specifically talks about how he overcame his addiction because of his love for her, and you could see their love for each other in the performance.   I have listened to it over and over on Spotify.  It is probably my favorite song of Jason’s so far, and now that I know the story behind the song, I appreciate the lyrics even more.   Jason is a true Alabama- born talent.  He writes songs from his heart that tell the story and the truth about his life as a musician.

So if you get the opportunity to see him perform by all means take it.