Gospel music has been the primary ingredient that has bound Black life together as a surviving people fighting to overcome racial and systemic inequality.

From generation to generation, gospel music has undergone dramatic transformations, traveling a long way from its humble beginnings of quartet music that was birthed from cotton fields and back wood churches back in the early 20thcentury.

Although the origin of gospel music is not well-documented, Black gospel is rooted in the oral method of interaction through songs and chants called call-and-response. It was from this practice that African-American spirituals were born.

In the 1800s, Jefferson county was no different than any other slave state in America. With its deep roots in Alabama soil, it is known as the heartland of gospel quartet music, given rise to notable, award-winning gospel quartet groups from as early as the 1920s.

Birmingham and other neighboring towns birthed countless gospel quartet ensembles that would later become recognized in the 2012 documentary, “The Jefferson County Sound”.

Some notable southern gospel groups including the Sterling Jubilee Singers (1929), The Four Eagle Gospel Singers (1938), the Fairfield Four (1921), the Blind Boys of Alabama (1939), and other pioneering gospel groups from the yellowhammer state, have been instrumental in shaping gospel music throughout the ages, and still remain influential today.

Voices were the instruments.

Gracefully, the breathtaking isolated vocals created a music all its own. The melodic acapella sound that emerged from the steel mills and coal mines of Birmingham led to its recognition of being named birthplace of acapella gospel singing.

Songs of Struggle and Spirit

Gospel hymns were born in a period of deep economic depression and racial segregation in America. In a time when hope was dying, praise songs ministered to the hearts of the people. Songs, such as “We Shall Overcome” and “We Shall Not Be Moved”, played an integral role in the civil rights movement. These freedom songs became the soundtrack to the largest mass movements in America.

Before long, gospel music began to gain popularity in Birmingham in the 1920s. In the course of time, songs from local artists received national exposure. Classic tunes, like “Don’t Let Nobody Turn You Around” and “In the Upper Room/I’ll Tell the World”, by The Fairfield Four, won national awards, and appeared on several movie soundtracks.

Known as the father of black gospel music, Thomas Dorsey, is an influential figure in the world of gospel. He established the first black music publishing company in the early 20th century. Dorsey began his music career as a jazz and blues singer in the late 1920s. Years later, after undergoing several personal hardships, he transitioned from blues to the church circuit.

Dorsey was the first to write and publish gospel songs in 1926. His amazing skill and composing talent would forever change the gospel sound. Dorsey sophisticated the call-and-response in his music, while cleverly introducing jazz rhythms into gospel expressions. He composed numerous gospel classics, such as “Peace in the Valley”, “On the Battlefield”, and “Take My Hand Precious Lord”, laying the foundation for gospel composers to come.

Deeply loved and revered, Mahalia Jackson, was known worldwide as the “Queen of Gospel”, taking worship music to the next level. Discovered by Dorsey, Jackson traveled the world with him, becoming the voice to his lyrics. It was the jubilant grace and soul in her contralto voice that would catapult traditional gospel music to the wider world.

Over the years, there has been a cross-pollination between gospel, blues, and jazz. Today, it has expanded to include hip-hop, rap, and rock-and-roll.

The five-time Grammy award-winning gospel band, Blind Boys of Alabama, is one legendary group that have created timeless classics over the 70 years of the band’s existence. Reigning from Birmingham, one of the gospel quartet group’s founding members, Mr. Jimmy Carter says that gospel has definitely evolved over time.

“Times have changed. Gospel has changed. But the feeling hasn’t changed—not for me,” he says. “When the Blind Boys first started out, they started with nothing but an old hollow-box guitar. That was the music. To remain impactful, you have to change with times.”

Over decades, The Blind Boys witnessed their fair share of troubles of the world. They sang their way through the world war, Jim Crow, the civil rights movement, the death of John F. Kennedy, Malcolm X, Martin Luther King, Jr., and other pivotal moments in history.

“In the beginning, we couldn’t sing to anyone but Blacks. For us, it was a means of togetherness. We could all come together and be on one accord. It was a great feeling,” he recalls. “As time progressed, doors at White establishments were opened to us…We were determined no matter what they cost that we were not going to turn around.”

Some say that nothing can replace the gospel greats of yesteryears. These artists created music that was purely original, from the heart and soul—a missing ingredient from the gospel music of today.

For the Blind Boys, their greatest rewards have been achieved through sharing their gift and uplifting others.

“Our goal, our aim, is to touch people’s lives. And let them know that there is a God,” says Mr. Carter. “If we just touched one life, it was worth what we all had to go through.”

Visitors to the South can now literally walk the sacred ground of the Civil Rights movement with new U.S. Civil Rights Trail website launched on Dr. Martin Luther King’s birthday.  Tourists will have the opportunity to tour areas pertinent to the Civil Rights Movement from the schools in Topeka, Kansas that were part of the 1954 desegregation case decided in Brown vs. Board of Education to the Lincoln Memorial, where the march for equality took place in 1963.

The trail allows visitors to experience places where blacks died at the hands of opponents to desegregation and which are scattered across the Deep South. The courthouse in Sumner, Mississippi, where in 1955, two white men accused of murdering 14-year-old Emmett Till walked free. This courthouse has been restored, as has the Jackson, Mississippi home where voting-rights activist Medgar Evers was assassinated in 1963, just hours after President John Kennedy proposed major civil rights legislation. END_OF_DOCUMENT_TOKEN_TO_BE_REPLACED

END_OF_DOCUMENT_TOKEN_TO_BE_REPLACED 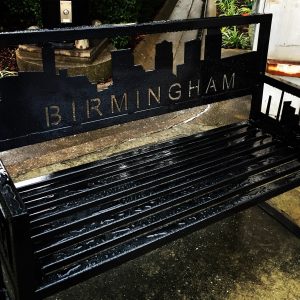