In a Vase on Monday: Zinnias and Buddleja 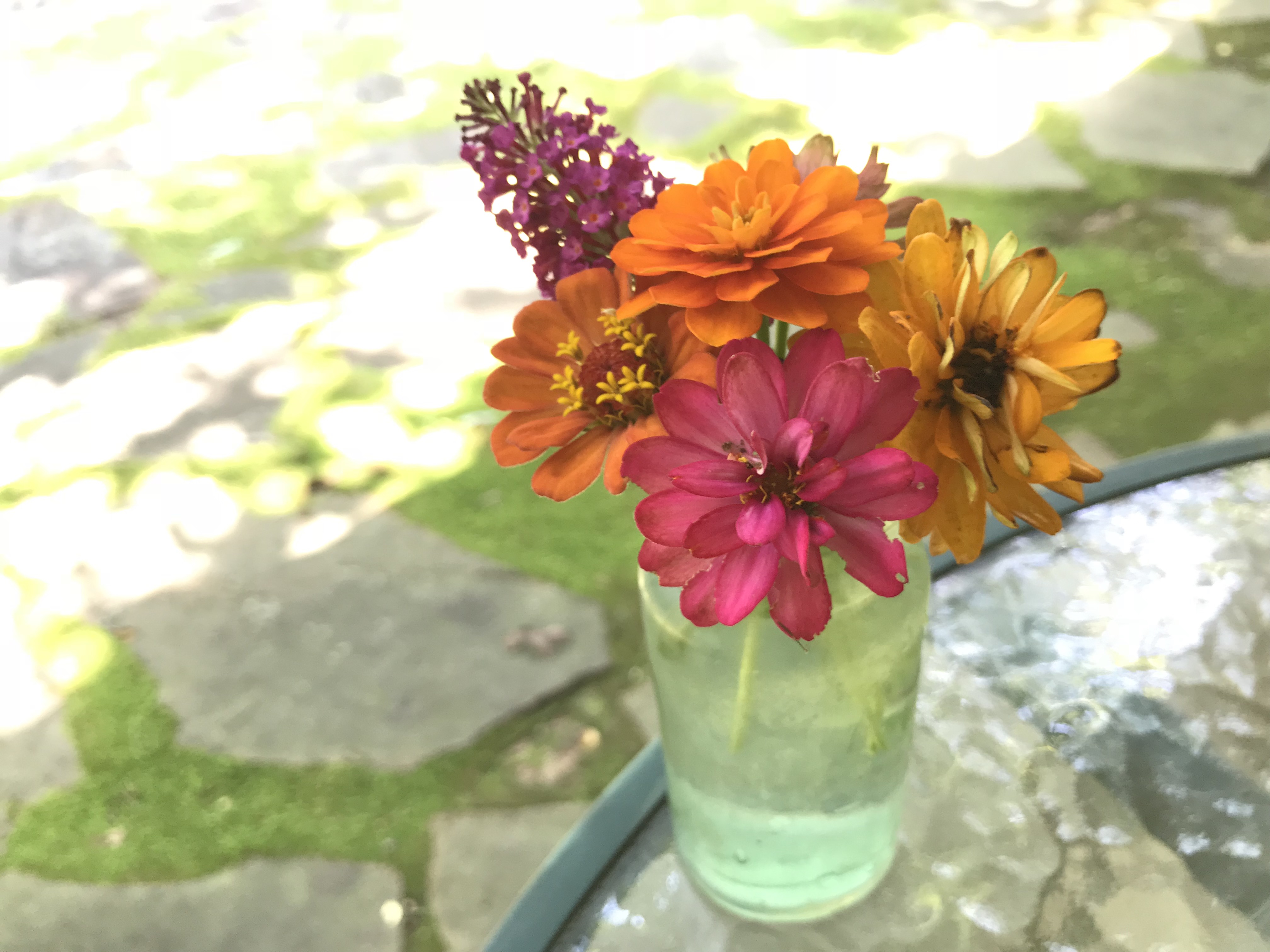 Since this is my first In a Vase on Monday post on Inspired Southerner, let me begin with an explanation.

As a novice Southern gardener, In a Vase on Monday, or IAVOM, is my biggest blogging inspiration. If all else fails, I can go in my yard and figure out something to plunk in a vase and write about. Plus, it’s a great way to connect with other gardeners.

Many times, I surprise myself by what I can create when I think I have nothing.

IAVOM is hosted by a garden blogger in the UK named Cathy. A small group of gardeners around the world, including a decent showing from the South, post their vases each Monday. If you participate, here are the rules:

My vase today is small but cheerful. Sometimes that’s the best kind.

The vase is an old pharmacy bottle that was dug up in Florida. The decades spent in the earth imparted a milky patina to the aqua glass. I found it at Dogwoods in Clayton, Georgia, over the 4th of July weekend. Now on to the flowers. 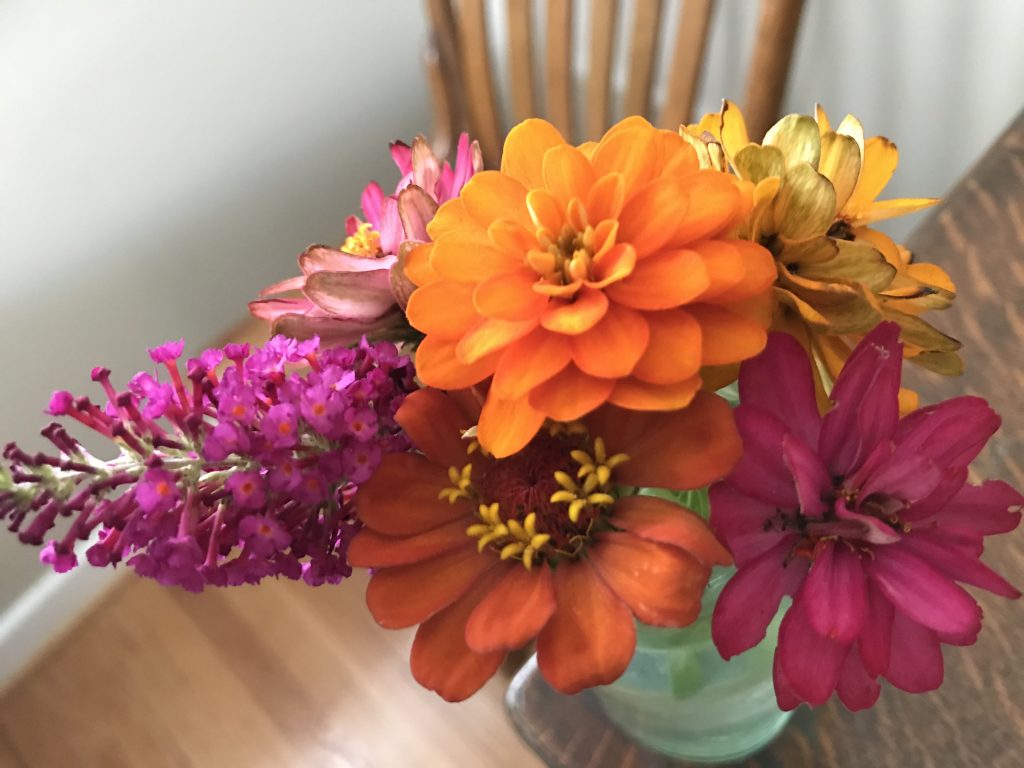 Dwarf zinnia: This one is the darker orange bloom on the bottom-left. Around its center is a ring of smaller yellow petals. I planted a seed packet of these, but unfortunately I was careless and let all but two seedlings get zapped by the sun. So this guy is a survivor!

You’ll notice that a couple the zinnia blooms in my vase show signs of age. Someone once told me that zinnias go by the nickname “old maids.” I’ve always liked that. Zinnias are still pretty and attract plenty of pollinators long after they’ve earned a few age spots.

Profusion double-bloom zinnias: I purchased this petite variety at Shoppe in Birmingham, Alabama’s Forest Park neighborhood. I love the store’s urban location in a charming old bungalow. It’s built into a hillside, so you meander up shaded terraces as you peruse the outdoor tables of plants.

Buddleja: Also spelled Buddleia and commonly known as butterfly bush, it is truly a butterfly magnet. From everything I’ve read, it’s fine in the South. However, it’s considered invasive in the Northwest where the cool summers are a bit too hospitable.

The Southern heat keeps butterfly bush in line. If you’re thinking about planting it, make sure you live in a climate where it’s not invasive.

A version of this post also appeared on T’s Southern Garden Blog.