The Southern Breakfast Casserole On Our Holiday Table 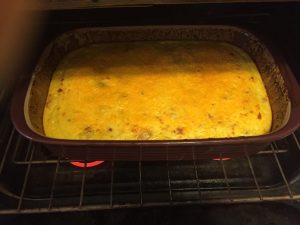